William Penn Adair Rogers was born November 4, 1879, Cherokee Territory, U.S. (Oklahoma).  He grew up on a ranch and learned to ride a horse and do rope tricks which led him to work various Wild West shows in this country and overseas.  In 1905 he was doing a show at Madison Square Garden and decided to stay in New York City and work in vaudeville.

While working vaudeville, Will Rogers discovered that people liked his Western drawl and his witticism.  He began poking fun at his audience, the events of the day, and particularly at the politicians on stage.  He soon became a master of the one-liner:  “Every time Congress makes a joke it’s law, and every time they make a law it’s a joke.”

I have a little collection of his one-liners and several of his books, including The Cowboy Philosopher.  On occasion, I enjoy reading those one-liners as I have this morning and I thought you’d like to read a few of them, too.

“If you get to thinkin’ you’re a person of some influence, try orderin’ somebody else’s dog around.”

“Don’t squat with your spurs on.”

“After eating an entire bull, a mountain lion felt so good he started roarin’.   He kept it up until a hunter came along and shot him…The moral:  When you know you’re full of bull, keep your mouth shut.”

“If you find yourself in a hole, the first thing to do is stop digging.”

“When you’re throwin’ your weight around, be ready to have it thrown around by somebody else.”

“The quickest way to double your money is to fold it over and put it back in your pocket.”

So spoke—and so speaks Will Rogers today. 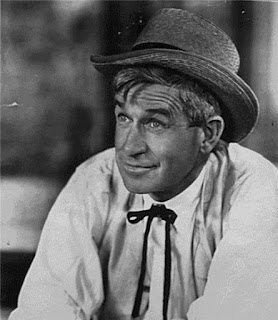