William Temple was Archbishop of Canterbury from 1942-1944. He was a philosopher and theologian, a leader in the social application of the gospel, an advocate for the ecumenical movement, and among the founders of the World Council of Churches.  Temple was born in 1881 and died in 1944 when I was but one-year-old.  Even so, he was and still is my teacher and is visiting me this morning.

In spite of being blind in one eye at the age of 40, he was an avid reader with a near photographic memory.  Once he read a book that book was his. Someone wrote, “More than most people of his day, Archbishop Temple had the gift of expressing in a sentence or two the most profound conceptions of religion and philosophy….”

SCUM AND CREAM:  “A great deal has been said in praise of competition, and most of it is rubbish.  It is said, for example, that you must not interfere with natural processes; you must let the cream come to the top.  But the scum comes to the top quite as much as the cream.  It is sometimes said that if you want to get the best out of a man you must appeal to his own interest.  That brings us to the crucial point. For if that is true, Christ is wrong.”

THE DIVINE SPIRIT:  “Always the breath—the wind—of the Spirit is moving.  We know it by its effect.  We have no need to ask for its authentication—Is it Protestant?  Is it Catholic?  Where the fruit of the Spirit is apparent, there the Spirit is at work.  We should place ourselves in its course that we may be carried by its impulse, even though this leads us to association with strange comrades.” 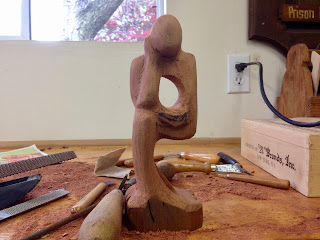