It wasn’t long after the first Easter that Christians began to deny Jesus and embrace Caesar, “the ‘pharaoh’ of the Roman Empire, as lord and savior.”  The pressure to do so was intense.  Jesus had left them “high and dry” (so it seemed) and now they were undergoing severe persecution—sometimes even more severe and cruel than the cross on which Jesus had died.  They were having problems, too, with all those teachings of Jesus, as they came face to face with the real world.

Jesus had said that everyone—poor and rich, outsiders and insiders, women and men, young and old, those who are healthy and whole and those who are sick, lost, empty, guilty, rejected, shattered, lonely, hopeless, depressed, oppressed—all were to live in relationship with one another and with the Creator who was mending and making a broken world whole.  But who wants to carry the burden of the poor? Or the depressed?  Who wants to live with the shattered?  Who even wants to live in community if it means putting up with such folk?  Who wants to live that way when there is a “world out there” that can give power, security, prestige, and position to “ME?”  So, Christians, over the centuries, simply reconstructed Jesus’ teachings, turned “following Him” into a religion which allowed them to be with Caesar.  They used the  Easter celebration to do that.  God is up there.  Jesus has joined God in that other world beyond.  We’ve been saved by Jesus’ death and resurrection and someday we’ll go there and be with Him.  But in the meantime we have to make it here in the real world, and to make it here means we have to be tough and hard, we have to protect ourselves, and do what is best for us in the here and now.  Our “acknowledged” neighbor has to do the same—and all those others (we don’t acknowledge)  must fend for themselves as well. We are not responsible for them.

This reconstructed Christianity—this fraudulent religion—misses one of the most essential parts of Jesus’ teaching—and the teaching of the whole of Scripture.  Paraphrasing John, the writer of The Book of Revelation, I hear him say, “Please notice I saw heaven coming to earth, not souls going to heaven.”  The story has never been about “us” getting to heaven—it has always been about God getting into us (heart, mind, and soul) and into our broken world.  “Easter,” writes Kunkel, “rebirth, the new phase of creation, is either a convincing inner experience which changes our character and our life, or it is nothing at all.” 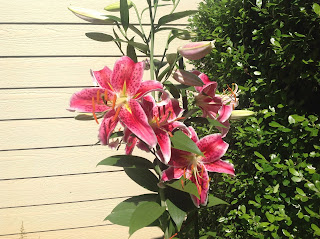