Arthur Gossip, a Scottish Protestant minister, tells how he came in the late afternoon of an exhausting day visiting his parishioners in a working district in Glasgow and at four o’clock stood at the foot of a five-story tenement building where one of his parishioners lived on the top floor.  He was exhausted and said to himself, “I’ll go home now, and come back tomorrow.”  At that point, a vision of a pair of stooped grey shoulders started slowly up the steps and a voice seemed to say, “Then I’ll have to go alone.”  Gossip said, “We went together.”  I’ve known a similar experience.

Peter Marshall, according to his wife’s account in “A Man Called Peter,” experienced an encounter during a storm when he seemed to hear a voice calling out to him.  I’ve known something similar—though vague and difficult to describe.

Gordon Cosby, founding pastor of the Church of the Saviour, shared his experience as a chaplain in WW II at the graveside of a friend, wherein he sensed, felt, saw, in the dimness of that moment of tears, an Easter world.

There are countless others—names known and unknown, some educated and some not, some rich and some very poor—but each and all claim to have had an experience with a Person whose presence changed their lives and their character.  Their experiences verify my own experiences, convincing me that mine are real—not made up, not a creation of some mental disorder, not some emotional need.  I thus can say with the Apostle Paul, “And last of all he was seen of me also.” 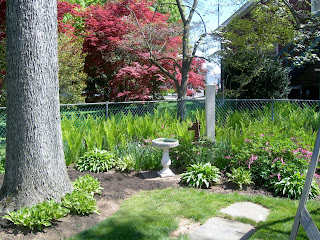