“April Fools’ Day or April Fool’s Day (sometimes called All Fools Day) is an annual celebration commemorated on April 1, by playing practical jokes and spreading hoaxes,” according to Wikipedia.  “The jokes and their victims are called April fools.  People playing April fool jokes often expose their prank by shouting ‘April fool(s) at the unfortunate victim(s).  Some newspapers, magazines and other published media report fake stories, which are usually explained the next day or below the news section in smaller letters. Although popular since the 19th century, the day is not a public holiday in every country.  Little is known of the origins of this tradition.”

It came to me today that I’ve been blind to truth and reality.  I am now, as a friend wrote on Facebook this morning, officially a Trump supporter. (It took the greater part of the day for me to get hold of what she was saying on April 1). I am now a faithful member of the beautiful movement called #MAGA.  I no longer accept as scientific fact that climate change is occurring.  I am convinced that there was no collusion.  It is simply a delusion. I am convinced that more has been done by our current President than by any other in history, in spite of David Corn’s recent comment that “FDR won a global war, legalized beer, and created Social Security.”  I have faith now that Mexico will pay for the Wall—and I’m convinced that that Wall is precisely what Jesus would have us do to protect our nation under God. 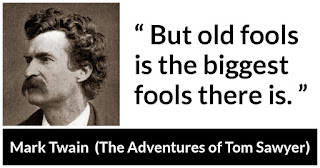