Words Speak for Themselves

They say the little book, “The Sacrament of the Present Moment” was translated from talks given by a French Jesuit named Jean-Pierre de Caussade born in 1625.  He was a spiritual director to a community of nuns and it has been believed that his talks to the nuns were collected and published in book form (“A Treatise on Abandonment to the Divine Providence”) in 1741.

So they said long ago,  and so I accepted:  the words in this little book are the words of Jean-Pierre de Caussade—and the book is considered one of the great Christian classics. Now they tell me (by “they” I mean supposed authorities) that, “it now seems almost impossible that the author was in fact the Jesuit Jean-Pierre de Caussade” as “nothing in de Caussade’s biography would suggest that this man was the author of the famous treatise…”

This was shocking new information!  It was almost as if someone were telling me that Abraham Lincoln didn’t write the Gettysburg Address or that Jesus didn’t say, “Love your enemies.”  Yet, it was not the person Jean-Pierre de Caussade who spoke to me through the book—it was the words.  Does it matter from whose lips or pen the words come?  I don’t think so, for words are bigger than the finite person—words are infinite.

Does it matter who wrote the following words:  “You are seeking God, dear sister, and he is everywhere.  Everything proclaims him to you, everything reveals hm to you, everything brings him to you.  He is by your side, over you, around you and in you.  Here is his dwelling and yet you still seek him?  Ah!  You are searching for God, the idea of God in his essential being…He will never disclose himself in the shape of that exalted image to which you cling.”

I no longer know whether de Caussade or somebody else wrote those words, but it doesn’t really matter.  The words speak for themselves. 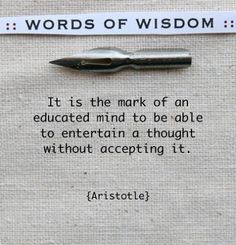