The “Worst No-Call” in History

I am not, and have not yet become, and hopefully will never be,  what my friend in Minnesota calls a “football bum.”  A football bum is someone who spends a whole Sunday, morning, afternoon and evening, absorbed in football games and football programs of all sorts.  I came close to that sobriquet (nickname) yesterday.  I watched football all afternoon and evening—but, I didn’t watch the second game (Patriots/Chiefs) all the way to the end.  I went to bed!

It is very difficult for me to watch a football game from beginning to end without doing something else at the same time—like reading a book while watching, or, as I did yesterday during the Rams/Saints game—prepare and bake a chicken pot pie for dinner.  I was watching the game, however, when Rams cornerback Nickell Robey-Coleman charged into Saints receiver Tommylee Lewis—making helmet to helmet contact.  I saw it, and perhaps you saw it, but the two officials right there on the field did not see it.  No whistles were blown and some say it paved the way for the Los Angeles Rams to go to the Super Bowl.  Jeff Duncan, columnist for the New Orleans Times-Picayune, said the no-call “was so bad, so overtly obvious that it was nearly inconceivable,” and called the Saints loss as a setback that “will forever live in infamy.”

Isn’t it funny how we see things?  I saw the incident, maybe you saw it, too, but the two officials did not and never blew a whistle.  I wonder how those officials see it now in hindsight, after watching the game footage?  In the midst of the victory celebration in the Rams locker room after the game, Robey-Coleman admitted to the interference.  “Ah, hell, yeah,” he said, “that was Pass Interference….I did my part.  Referee made the call.  We respect it.”

I don’t think the incident of yesterday “will forever live in infamy,” nor that it was, as Saints coach Sean Payton says, the “Worst No-Call in NFL History.” It certainly was not, is not, the “Worst No-Call” in History as the title of this blog purports.  However, the incident does point to a present dilemma—a “No-Call” on the part of all of us who “see”  what is happening in the field of government, but do not blow our whistles.  The referees are, after all,  the “officials.”   If they make a mistake, fail to see, or ignore what happens on the playing field—do we still “respect” them for a “No-Call?”  We are more than spectators in the game.  If we simply make a “No-Call” for all that is happening before our very eyes,  can we respect ourselves? 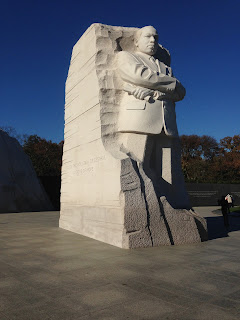