There is a biblical injunction to receive the  other as a brother/sister  [Exodus 23:9; Leviticus 19:33-34; Philemon 15-16 and many more].  This is not just a matter of being nice to one another.  It is not just an arbitrary rule of etiquette.  It is an absolute necessity for peace and community in our world.  Now, I confess, after the horrific tragedy in Paris (and so many other similar happenings) I find it difficult to see those responsible as my brothers and sisters.  These criminals must be brought to justice.  There were eight assassins in Paris (as far as we know at the moment).  We must be careful not to lump all Muslims, refugees, or Syrians, into one basket based on the behavior of eight people.  As a friend posted on Facebook, “To blame all Muslims for the acts of terrorists is like blaming all Christians for the acts of the Westboro Church.”  To lump people together like that would be like blaming all Americans for the sick souls who have committed terrorist acts in our schools, etc. 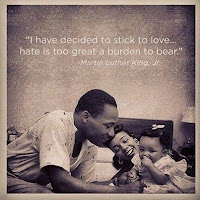 I know there is a human tendency to exclude the other, to cut-off those who are different. I fight against that tendency within myself and wrestle with the biblical injunction that bids me to receive the other as brother and sister.  When we exclude those who are different, the world divides into us/them; east/west; women/men; management/labor; Christian/Jew/Muslim/Hindu; GOP/Democrat; old/new; young/old,  etc. The resulting anxiety of such divisions hardens into a paralysis.  Differences sever connections.  Cut-off from a common world, we become locked up into our several worlds.  When we have only ourselves [our little group], there is NO OTHER conSIDEration.

Such a paralysis, where nothing holds together; where values grow relative; no value unites; all viewpoints are possible; no viewpoint reconciles.  Unable to discuss, we end up unable to decide.  Unable to decide, we find ourselves paralyzed.  Without connection there is only chaos.  Then, no possibility is possible.  We must break-out of this crippled situation and be-in-touch with one another as brothers and sisters.