Too Little Too Late

Yesterday (December 19, 2019) an op-ed appeared in Christianity Today, a major Christian magazine, founded by the late evangelist Billy Graham.  The editorial calls for the removal of Donald Trump from office.  It urges evangelicals to reconsider their support of Trump.  Christianity Today’s editor in chief, Mark Galli, wrote:  “To the many evangelicals who continue to support Mr. Trump in spite of his blackened moral record, we might say this:  Remember who you are and whom you serve.”

Jim Wallis, founder of Sojourners magazine, called the op-ed a “huge, watershed event.”  Wallis went on to say that “What Christianity Today is saying in their editorial is removing Donald Trump from office is now a matter of faith, not politics….”  Wallis, CNN reported, “says evangelicals made a ‘Faustian’ bargain with Trump—appoint the federal judges we want and we will look the other way.”  And that is precisely what they (so-called “evangelical” Christians) did and have done since the 2016 election!  The op-ed may be too little too late.

The editorial states: “We believe the impeachment hearings have made it absolutely clear, in a way the Mueller investigation did not, that President Trump has abused his authority for personal gain and betrayed his constitutional oath.  The impeachment hearings have illuminated the president’s moral deficiencies for all to see…None of the president’s positives can balance the moral and political danger we face under a leader of such grossly immoral character.”

Contrary to statements made in the Judiciary Committee debate, those of us who have been opposed to Mr. Trump do not “hate” him, nor do we “hate” those who voted for him.  We “hate” what I call the “Stain of the Trump character” that has permeated the very fabric of our society.  This has not just come to light through the impeachment hearings as the op-ed suggests.  It has been illuminated since “Day One” of Trump’s candidacy and has continued throughout his time in office.  Trump’s “grossly immoral character” has been on display and “those moral deficiencies” are now being replayed daily by those who embrace him.  It has even had an effect on those who oppose him!  We all must “remember who we are and whom we serve.” 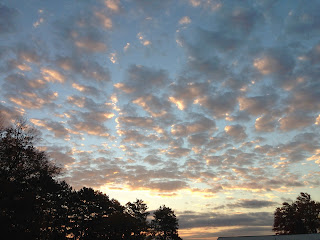