America the Gullible, living under spacious tales,
For any crazy story told,
For any conspiratorial mystery
Beyond what’s true and fact!
America, America! God shed His grace on thee,
And save you from this present mendacity
That spreads from sea to shining sea.

History will look back on this tumultuous time of political polarization and this contentious presidency of Donald J. Trump and perhaps, through the prism of hindsight, we will be given the grace to see the present moment for what it is. At least, I hope so.  It really depends on who writes the history.  According to Dan Brown (The Da Vinci Code), “History is always written by the winners.  When two cultures clash, the loser is obliterated, and the winner writes the history books…”

So the big question is—who will win and write the history book?  Will “America the Gullible” write that book?  Will that history record that Americans accepted Donald Trump’s advice:  “…what you are seeing and what you are reading is not what’s happening…Just stick with us, don’t believe the crap you see from these people, the fake news.”  Will that history ignore reality?  Will it simply say that what we saw and what we read from 2016 to 2020 was nothing but fake news and a hoax?

Have you noticed that every thing, every one, and every event that goes against Donald Trump’s vision of things and whims, is a hoax, a witch-hunt, a sham, a coup, a lie, unreal, and a crime?  Every opponent or anyone else who disagrees with Donald Trump is unpatriotic, a traitor, a partisan, an enemy of the people?  America the Gullible buys into it, repeats it, believes it, ignoring court orders, the findings of 17 intelligence agencies, the wisdom of the generals, the judicial system of the military, the number of people who gathered for the Trump inaugural and on and on and on.  Ignoring facts, disparaging truth and the people who attempt to tell it, America the Gullible bows down and does obeisance to “Just stick with us (me, Trump) and don’t believe the crap you see from these people, the fake news.”  Will America the Gullible write the history?

Will the generations of Americans yet unborn be told that gullibility is more important than the search for truth and reality? 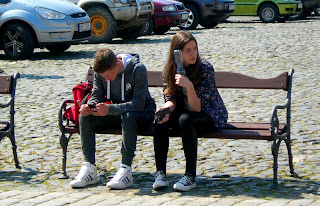