Speaking Out Can Be A Vocation of Agony

Our words and actions can, and often do, come back to haunt us.  The words I spoke in 1970 may not jive with the words I speak today.  That’s quite natural.  I’ve changed my mind about the matter or I’ve grown over the years and see more clearly now.  Still our words and actions come back to haunt us on occasion.  It happens to all of us, but fortunately, most of the things we’ve said or done in years past were not reported in a newspaper or recorded on tape.  We can always say, “I never said that,” and sometimes get away with it, depending on the number of witnesses who heard us say it.  That doesn’t work for our politicians.  Their words (reported by the press and recorded on tape and video) do come back to haunt them.

Senate Minority Leader Chuck Schumer is demanding that new witnesses be called to testify in the upcoming trial in the Senate.  But in 1999, Schumer was opposed to witnesses in the trial of Bill Clinton.  He covers his tracks by saying “The witnesses in 1999 had already given grand jury testimony.  We knew what they were to say.  The four witnesses we’ve called (in the case of Trump) have not been heard from.  That is the difference…”.

Lindsey Graham’s words from 1999 have come back to haunt him, too.  Back then, Graham said, “Please allow the facts to do the talking…Don’t decide the case before the case’s end.”  A few days ago, Graham said of the upcoming trial of Donald Trump, “I am trying to give a pretty clear signal I have made up my mind.  I’m not trying to pretend to be a fair juror here.”  He has also, publicly stated,  that he will not read the report of the House Judiciary Committee, because it is a “sham." I wonder if that decision will come back to haunt him tomorrow?

Do we fear speaking out against or for something because it might come back to haunt us tomorrow? I’m reminded of Martin Luther King’s words:  “And some of us who have already begun to break the silence of the night have found that the calling to speak is often a vocation of agony, but we must speak.  We must speak with all the humility that is appropriate to our limited vision, but we must speak… [We] must move beyond the prophesying of smooth patriotism to the high grounds of a firm dissent based upon the mandates of conscience and the reading of history.”  We must speak out like William Webster :  “The privilege of being the only American in our history to serve as the director of both the FBI and the CIA  gives me a unique perspective and a responsibility to speak out about a dire threat to the rule of low in the country I love…Today, the integrity of the institutions that protect our civil order are, tragically, under assault from too many people whose job it should be to protect them.”  We must speak out! 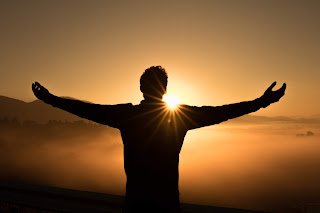