Goethe wrote: “the most irritating of all people are clever young men (or old men or anyone else for that matter) who think they deny their own originality if they admit that what they think of has never been thought of by any one else before.”  The writer of Ecclesiastes suggested that “What has been will be again, what has been done will be done again; there is nothing new under the sun” (9:1). Abraham Lincoln said, “Books serve to show a man that those original thoughts of his aren’t very new after all.”  Ralph Waldo Emerson went as far as to say, “All my best thoughts were stolen by the ancients.”  Perhaps that is why the writer in Psalm 139 says, “Even before a word is on my tongue, O Lord, you know it altogether” (because you’ve heard it all before).

Is anything original?  Mark Twain didn’t think so.  He said, “The kernel, the soul, let us go further and say the substance, the bulk, the actual and valuable material of all human utterances is plagiarism.”  Twain thought there was no such thing as an original thought or idea, because every subject on earth has already been dealt with—that no creative idea exists independent of another idea.  Everything is recycled.  All ideas and thoughts are second-hand.  A saying attributed to Mark Twain substantiates his position:  “When I was a boy of 14, my father was so ignorant I could hardly stand to have the old man around.  But when I got to be 21, I was astonished at how much the old man had learned in 7 years.”

Does this mean that we have nothing to say, to write, to experience, or to create in our time?  No, it does not mean that at all.  John Arthur Gossip wrote, “The real use of a thinker to us is that he (or she) sets our sluggish minds in motion, and opens up new vistas for us to travel on our own two feet.”  Don’t fret over whether or not you have thought something no one else has ever thought of—but rather take what has been thought before and travel the road it sets before you, and do it on your own two feet!  It may not be original—but it will be authentic. 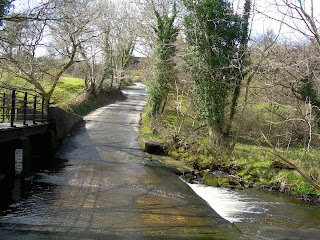