A Sermon From Yesterday For Today

“America First” has been used as a slogan by both Democratic and Republican politicians.  President Woodrow Wilson proclaimed “America First” at the outbreak of World War I to define his version of neutrality.  President Harding used the term “America First” during his 1920 presidential campaign. The America First Committee (AFC) was formed in 1940 to lobby against American entry into World War II.  The committee was dissolved on December 10, 1941, three days after the attack on Pearl Harbor.  Donald Trump has used the slogan “America First” to emphasize American nationalism and unilateralism in foreign policy.

In 1924, an Episcopal priest, George Ashton Oldham (1877-1963) gave a sermon at the Washington National Cathedral entitled “America First.”  His plea was for a compassionate  America—an America that would seek first the “things of the spirit.”  It is a sermon that needs to be preached again.

America first, not only in things material,
But in things of the spirit.
Not merely in science, invention, motors, skyscrapers,
But also in ideals, principles, character.
Not merely in the calm assertion of rights,
But in the glad assumption of duties.

Not flouting her strength as a giant,
But bending in helpfulness over a sick and wounded world like a Good Samaritan.
Not in splendid isolation,
But in courageous cooperation.

Not in pride, arrogance, and disdain of other races and peoples,
But in sympathy, love, and understanding.
Not in treading again the old, worn, bloody pathway which ends inevitably in chaos and disaster,
But blazing a new trail along which, please God, other nations will follow into the new Jerusalem where wars shall be no more.

Some day, some nation must take that path—unless we are to lapse into utter barbarism—and that honor I covet for my beloved America.


And so in that spirit and with these hopes, I say with all my heart and soul, “America First.” 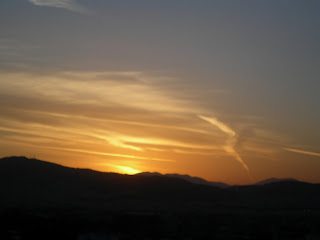