The Ides of March

Plutarch records that a seer had warned Julius Caesar that he would be destroyed no later than the Ides of March (March 15 on our modern calendar—and the New Year  on the Roman calendar two years before Caesar's demise in 44 BC).  On his way to the Theater of  Pompey, where he would be assassinated, Caesar is said to have passed the seer and joked, “The Ides of  March have come,” meaning that the prophecy had not been fulfilled.  The seer replied, “Aye, Caesar; but not gone.”  This scene was dramatized in Shakespeare’s play,  Julius Caesar, where Shakespeare has the soothsayer say, “Beware of the Ides of March.”

Sixty conspirators, led by Brutus and Cassius, were involved in the assassination of Caesar, but it is the name “Brutus” that has come down to us in history, and particularly through Shakespeare’s play.  It was Shakespeare who put those three poignant words to Caesar’s lips, “Et tu, Brutus?” Caesar thought Marcus Brutus was his friend, a friend he never thought would or could betray him:  “Et tu, Brutus?”   “Even you, Brutus?”  “You, too, Brutus?  This quotation has been used ever since to signify the utmost betrayal by one’s closest friend.

So it is that the name, Brutus, has become infamous.  But, why?  Julius Caesar was full of hubris and arrogance.  He was a classic narcissist.  He compared himself to the gods.  He was seeking to become an absolute monarch (dictator) within the Roman republic.  Brutus loved Rome.  He believed in the republic, which Caesar was threatening to destroy.  Brutus loved freedom. Brutus was one of  the good guys!

Don’t let Shakespeare’s words, “Beware of the Ides of March,” ruin your day.  The Ides of March once signified a new year in the ancient Roman calendar, a day of celebration and rejoicing.  It was marred by the death of Caesar, but,  as I’ve tried to say, Julius Caesar was not a saint.   Brutus probably wasn’t a saint, either,  but he wasn’t the only bad guy in the story.  I’m sure, he and the other senators, thought of themselves as patriots of the Roman Republic. 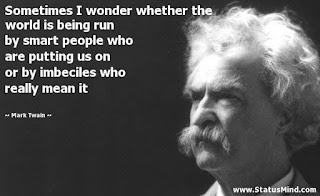