It Smells Fishy To Me

“Something is rotten in the state of Denmark,” Shakespeare has Marcellus say in his 1602 play, Hamlet.  There is “something rotten” in Washington DC, too, and if you can’t see it, you surely ought to be able to smell it.  Marcellus, in Hamlet, implies that Denmark is not only dealing with dirty politics, but that the situation in Denmark is similar to a fish that rots from head to tail.  In other words, Marcellus is saying, that things are rotten at the very top of the political hierarchy.  That is precisely what I am saying when I say, “Something is rotten” in Washington DC.  Shakespeare portrays Denmark as a place of human villainy—a breeding ground of political as well as spiritual corruption—and that villainy and corruption, like a rotting fish, moves from the head (top) to the tail (bottom).

The President of the US, the most powerful leader in the world, tweeted the following this morning after the firing of former FBI Director Andrew McCabe:  “Andrew McCabe FIRED, a great day for the hard working men and women of the FBI - A great day for Democracy.  Sanctimonious James Comey was his boss and made McCabe look like a choirboy.  He knew all about the lies and corruption going on at the highest levels of the FBI!”

At Thursday’s  press briefing at the White House this week, Sara Huckabee Sanders called McCabe “a bad actor,” a term used to describe an unruly, turbulent, or contentious person—a troublemaker.  Take a good look at Andrew McCabe!  She has continuously denied that Mr. Trump had anything to do with Mr. McCabe’s decision to seek early retirement.  In December 2017, Mr. Trump tweeted: “FBI Deputy Director Andrew McCabe is racing the clock to retire with full benefits.  90 days to go?!!!”  Privately, Trump reportedly asked McCabe to “ask his wife how it feels to be a loser,” in reference to her earlier campaign in Virginia.  He also reportedly asked McCabe who he voted for in the 2016 election.

Was McCabe dismissed to please the president?  Is the Department of Justice under his thumb? Were the charges against McCabe trumped up?  Was the firing vindictive and retaliatory?   Was Jeff Sessions coerced?  Trump has repeatedly singled out McCabe, pouring out his ire, destroying McCabe’s reputation, just as he has done with so many others.  And this is the president of the United States?  The most powerful person in the world?   Yes, the rot is coming from the top and it smells to high heaven. 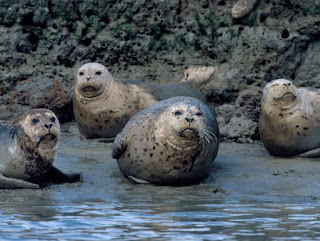