The Witness of William Stringfellow

William Stringfellow (1928-1985) was a lay theologian, lawyer and social activist. I first heard Stringfellow  speak at a Clergy Conference in the early 1970’s and was struck by his strong Christian witness.  He viewed his vocation as a Christian to be a life-long struggle against the “powers and principalities”which he believed “evil” is sometimes called in the New Testament.  He insisted on the primacy of the Bible for Christians as they undertook the precarious and inherently dangerous work of witnessing to the Gospel of Jesus Christ.

“This Gospel,” wrote Stringfellow, “means that the very life of God is evident in this world, in this life, because Jesus Christ once participated in the common life of men (and women) in the history of our world…..(This Gospel tells us) that God is with us now, anyway and already, and even, thank God, before we call upon Him….The best news of God is that He is no secret.  The news of God embodied in Jesus Christ is that God is openly and notoriously active in the world; it is this news which the Christian Church exists to spread.”

“In the eyes of the Christian faith,…no state of society can ever prevail, in the past or now or in the future, which satisfies the concern of Christians for the world.  The Christian is committed permanently to radical protest in society.  A Christian is always dissatisfied with the existing state of affairs.”

“In Jesus Christ there is no chasm between God and the world…Jesus Christ means that God cares extremely, decisively, inclusively, immediately for the ordinary, transient, proud, wonderful, besetting, profane, frivolous, heroic, lusty things of men and women.  The reconciliation  of God and the world in Jesus Christ means that in Christ there is a radical and integral relationship of all human beings and of all things.  In Him all things are held together.”

“The world to which Christians refer when they speak of the presence of God in the world is this world.  It is the same world in which you and I live.  It is not a make-believe world; not some non-existent or not yet existent world, not some world of aspiration or anticipation, not some imagined or imaginary world, not some world after this world, but this world.  It is the world in which you and I and other men and women live and talk and laugh and buy and sell and lust and love and fight and die.  It is this world that you or I or any person apprehends and knows in all the ordinary ways—the world we touch and smell and hear and see.  It is this world, the world we know, this world just as it is into which God comes, for which God cares, in which God is with us, in which the presence of God resides.” 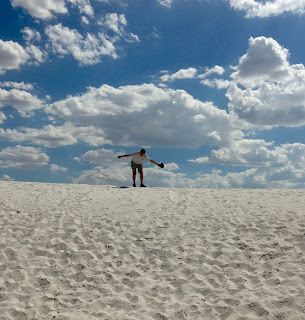