We are all familiar with Tom Brokaw’s “The Greatest Generation,” and the generation called the “Baby Boomers” (1946-1964).  Most are familiar with the  Generations X, Y, and Z.  But, and suddenly those words from “Rudolph, The Red-Nosed Reindeer” pop into my head and I want to sing out, “But…do you recall…” with a slight variation of words and with tongue in cheek:  “But… do you recall the most famous generation of all!”  I mean my generation.  The generation labeled by Time Magazine back in 1951 as The Silent Generation. It consists of the 50 million people born between the years 1925 and 1945.  I came into the world at the tail-end of that cycle—which explains my schizophrenic nature and my uncomfortable straddling between Brokaw’s “Greatest” (“those get-it-done G.I.s”) and those vocal “hippie world-changing” Boomers.  Most of the Silent Generation lived through the Great Depression and all of World War II.  I did not.  Who am I, then?  Should we sneak in another generational name or grouping—one that labels those of us who cannot remember either the Great Depression or the War? Or do we just have the dates mixed up for each generation?  Every researcher seems to classify the generations with a new set of dates.

That 1951 Time article, for example, defined the Silent Generation as those born from 1923 to 1933.  Those parameters do not include me!  I’m kind of pleased about that because the article suggested that those of the Silent Generation were grave and fatalistic, conventional, with confused morals and always expecting disappointment.  “Youth today,” the article said of those of us now in our 70’s, “is waiting for the hand of fate to fall on its shoulders, meanwhile working fairly hard and saying almost nothing.  The most startling fact about the younger generation is its silence.  With some rare exceptions, youth is nowhere near the rostrum.  By comparison with the Flaming Youth (the Roarin’ 20’s) of their fathers and mothers, today’s younger generation is a still, small flame.  It does not issue manifestoes, make speeches or carry posters.  It has been called the ‘Silent Generation.’”  William Manchester commented that this Silent Generation was “withdrawn, cautious, unimaginative, indifferent, unadventurous and silent.”  That doesn’t sound like me.  Other researchers have called this generation the “Seekers,” and in England it has been named the “Air Raid” Generation.  I just don’t seem to fit these descriptions or maybe I just don’t want to fit into them. 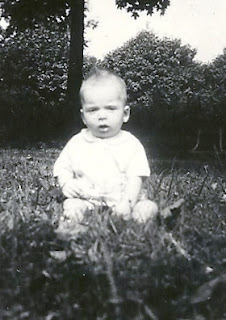