In the waning days of the American Civil War, the Confederate government made overtures for peace. Abraham Lincoln rejected those proposals in spite of his great desire to see the war end. While the peace conference was in session, Lincoln ordered General Grant to hold off on his military plans.  After the conference Lincoln told Grant “nothing transpired…to cause any change hindrance or delay, of your military plans and operations.” General Grant then launched an attack at Hatcher’s Run outside Petersburg as scheduled.  Lincoln would not and could not sign his name to any agreement which referred to “two nations.” If two sovereign nations came into being,  the Emancipation Proclamation would be null and void in the South and the American Dream would perish.  Lincoln counted both as essential—“My primary purpose is to save the Union.” The  American Union, Lincoln believed, was not merely geographical, but a spiritual conception of a really free society, such as the world had never seen.

In Lincoln’s Message to Congress at that time he said, “In giving freedom to the slave, we assure freedom to the free—honorable alike in what we give, and what we preserve.  We shall nobly save, or meanly lose, the last best, hope of the earth” (the American Dream). That hope for Lincoln was the re-establishment of One Nation, not two!  Allan Nevins writing about the Gettysburg Address said Lincoln was successful in communicating “his realization that the war was a desperate test on a world stage of the question whether a democracy of continental dimensions and idealistic commitments could triumphantly survive or must ignobly collapse.” Lincoln said it more eloquently,  I think:  “Four score and seven years ago our fathers brought forth on this continent, a new nation, conceived in Liberty, and dedicated to the proposition that all men are created equal…. we here highly resolve that these dead shall not have died in vain—that this nation, under God, shall give a new birth to freedom—and that government of the people, by the people, for the people shall not perish from the earth.”  Jesus said it even more simply:  “A house (nation) divided against itself cannot stand”—all must share the common dream.

There is much talk these days about America having two sides, of being divided, and in a sense engaged once more in a civil war.  There is one nation, not two. There is only one flag, not two. Two nations cannot be tolerated, nor should the idea be promoted.  Our forefathers fought a terrible, horrible, ignoble war—brother against brother—to give “a new birth of freedom.”  We are living in the “new birth” phase, as those who “highly resolve that these dead shall not have died in vain.” 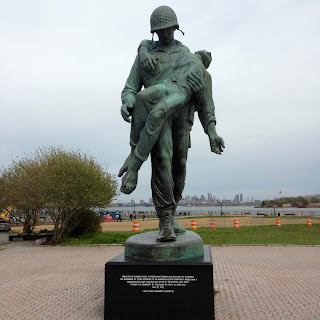