The Rule of Law

The rule of law is the legal principle which says that law governs our nation and society rather than any arbitrary decision, proclamation or announcement of an individual government official or the opinions, accusations, or pronouncements by an ad hoc crowd. (Such crowds are called lynch mobs).

The rule of law was abrogated during the 2016 political campaign when crowds were encouraged to proclaim "Lock her up" and "Crooked Hillary.” This mantra violated the principle of presumption of innocence and the rule of law. No government official, political party, or crowd can pronounce guilt upon anyone without sufficient evidence according to the rule of law.  Sufficient evidence was not provided to warrant this mantra, nor had judge or jury (the rule of law) determined guilt.  Thus the arbitrary pronouncement by Mr. Trump and the echoing of the same by supporters (not only in this case but innumerable others since) abridged the principles of presumption of innocence and the rule of law.

Mr. Trump seems to see himself above the law. He sometimes disparages the rule of law and the presumption of innocence that proclaims everyone and anyone is innocent until proven guilty (by virtue of sufficient evidence and determined by judge or jury in a court of law).  His claims and announcements about the guilt, innocence, or patriotism of others are unacceptable under the Constitution without the submission of sufficient evidence to prove such guilt through the normal legal system.  Those opposed to Mr. Trump must also beware of abrogating this legal principle of the Constitution.  Mr. Trump must be presumed innocent until guilt is proven beyond a reasonable doubt under the rule of law.  Let’s not violate this human right for anyone. 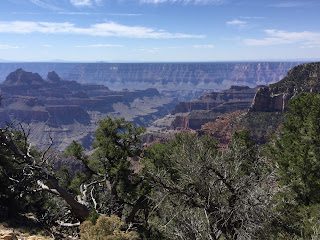