My son, Luke, asked me a question about Harold Bell Wright and his connection with Tucson, Arizona, where there are a number of streets named after the characters he wrote about in his novels. Luke’s question prompted me to take from the shelf again Lawrence V. Tagg’s book, Harold Bell Wright—StoryTeller to America.  Wright was the first American ever to write a novel that sold over a million copies.  Yet few people today have ever heard his name or read, That Printer of Udell’s, Shepherd of the Hills, A Son of His Father, The Calling of Dan Matthews, When a Man’s a Man, etc. In 1930, Harold Bell Wright was “America’s Favorite Author” and in 1973, he became my favorite author.

Wright, through his books, fueled and nourished my developing theology. His spiritual experience paralleled my own experience.  In his initial religious experience there had been no dramatic emotional upheaval, “no spirit message from a heavenly throne.” God had not appeared to him “in clouds and lightning,” nor spoken as in a dream, but rather, the events brought out "the God within me,” he said.

His concept of ministry emboldened my own understanding of ministry.  “The ministry of the pulpit was to me, no more holy than the ministry of art or of labor, of science or of teaching.  The call to preach was no more divine, than the call to paint a picture, to write a book, to plow a field, or to build a house.  The purpose that inspired the work made the call divine.”  Wright’s vision of ministry was that he must try to use his life in a way that would be of the most service to his fellow human beings.  “All who in any capacity serve are God’s ministers,” and “to live is to serve.”

Do we live to serve?  Does the farmer plow his fields because it is a way of serving his community?  Does the artist paint in order to provide beauty and wonder for those who look upon the finished product?  Does the writer write to serve?  Or do we do, whatever it is we do, in order to gain our own profit, to fulfill our own need, or to gain recognition?  When we cease to serve, we cease to really live.  Like it or not, “We have all been called to be foot-washers" (R. Alan Woods) and not just our own as some primates do! 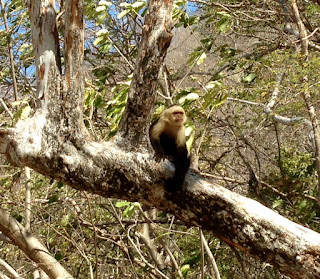