“Practicing What We Preach”

“Democracy does not succeed by creating a system of counting votes.  It depends far more on whether we retain the essential dignity of man.  Can man, the individual, respect himself and his neighbors?  If he cannot, the most elaborate system will break down.  Lacking respect for himself and failing to trust others, he is easily appealed to by a demagogue who asks the citizens to trust him and him alone.”  These words were written in 1938 by D. Elton Trueblood in his little book, The Predicament of Modern Man.

America has never practiced what it preaches.  Our forefathers wrote that all men [people] are created equal with certain unalienable rights, but failed to put that ideal into practice.  It took a Civil War and a Civil Rights Movement to lift us closer to our own standard (and we still have a long way to go). For years, women were denied equal status (still are) in the voting booth and in the work place. The foibles of the human heart are such that we as individuals and as a nation seldom practice what we preach.  Rejecting in practice what we say we stand for has always occurred and still does. But so long as we have the principle, the theory (all men [people] are created equal with certain unalienable rights) there is always hope, because some of us will be disturbed by our hypocrisy.  But when the theory goes, too, there is no hope; there is nothing to give us a bad conscience, since we do not hold any longer to the theory that all men [people] are created equal.  It is bad enough that we fail to practice what we preach, but it is far worse if we lose the principle and take pride in that loss. 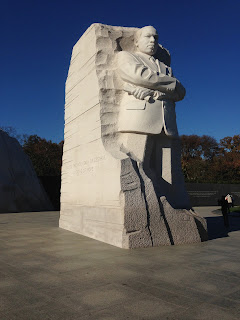 We all make value judgments and have preconceived notions—subjective thoughts, feelings and opinions.  It is our nature to do so.  With the advent of social media, however, these value judgments run rampant without evidence to support them as truth.  Some people make money misrepresenting the truth and providing fake news stories on Facebook (as we have recently been made aware).  If we lose the sacredness of truth, we lose everything.  For then, whatever I say is true, whatever you say is true—not based on any solid evidence, but based on your values or mine.  When these values do not jive, we end up having “truths” galore, without any factual basis.  Democracy cannot survive under a barrage of many “truths!”