I’m Not About to Get Over It

“No one should be over it”! None of it should be normalized in our politics or in our society.  John Pavlovitz in September 2019 wrote about what American children are learning from this President and this Administration.  In the process, Pavlovitz is also stating what is being accepted as the new normal.  Here is his list:

“People don’t matter. Never apologize.  Diversity is dangerous.  It’s all about you.  Compassion is a flaw.  America is the world.  Women are less valuable than men.  Cheat to win.  Whiteness is better.  Your convictions are for sale.  Laws don’t apply to you.  Religion is a prop.  When in doubt, lie.”

“Character counts.”  That was the rallying cry of evangelicals against Bill Clinton in 1993 and throughout his presidency.  They saw Clinton as a “draft-dodging, pot-smoking, honesty-challenged womanizer,” unfit to be president on the basis of his character.  Now, two decades later they have “endorsed the draft-dodging, foul-mouthed, honesty-challenged womanizer”—Donald Trump.  I guess character doesn’t count any more.  But it does to me—and it should to you—for the sake of the children. 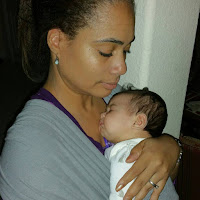