A Border Patrol agent is accused of intentionally knocking down a Guatemalan migrant with a government-issued vehicle.  The agent has pleaded not guilty to the charge.  The agent’s lawyer, however, is trying to prevent his client’s text messages from being used in the courtroom.  Those text messages include calling migrants “mindless murdering savages, PLEASE let us take the gloves off trump!” and “I used an f150 to do a human pit maneuver on a gnat running from an agent…just a little push with a ford bumper.”   In another message the agent texted that migrants are “disgusting subhuman (expletive) unworthy of being kindling for a fire…”

A Republican congressman, Justin Amash, said in a tweet last Saturday that “President Trump has engaged in impeachable conduct.” On Sunday, Donald Trump tweeted that Amash was “a total lightweight” and a “loser.” Amash’s Republican colleagues seemed to agree. Amash now has an election challenge for 2020 by  a “pro-Trump” Michigan state legislator.

On Monday a federal judge ruled that Donald Trump’s accounting firm must hand over his financial records, making the point that Congress has the power to hold a President to account. The judge said it was “simply not fathomable that a Congress that is constitutionally authorized to remove a president did not have the power to investigate him.”  Trump will appeal with his ever-present argument, that he believes justice can be delivered only by a judge who shares his politics, which contravenes basic democratic principles.  Thus, he politicized the judge’s decision, saying it is invalid because the judge was appointed by Trump’s predecessor:  “It’s totally the wrong decision by, obviously, an Obama-appointed judge.”

Yesterday, Mr. Trump ordered former White House counsel Don McGahn not to honor a subpoena to testify before the House Judiciary Committee.  A subpoena is a court order.  Not to honor it is to break the law.

These incidences speak loudly.  When a Border Patrol agent writes, “mindless murdering savages, PLEASE let us take the gloves off trump”….and suggests that other agents agree with him in the use of his terms—law enforcement becomes something other than it is meant to be.  When everyone or anyone who takes a position against Donald Trump becomes “a total lightweight” and a “loser,” we’d better take a closer look at what is going on.  When a president decides which judge is capable of making a “right decision” based on who appointed them to the office, we are treading on dangerous ground.  When Donald Trump  and the Attorney General of the United States defies the subpoena power of the Congress, we’d better beware of what may come next. 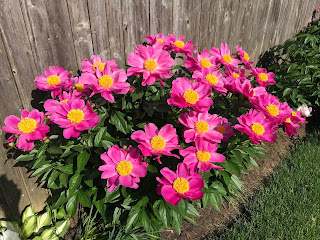