Who Speaks for the Church? 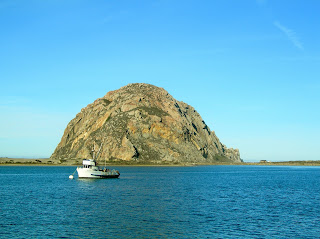 Paul Ramsey authored a critique of the 1966 Geneva Conference on Church and Society titled “Who Speaks for the Church?”  Ramsey never really answered the question.  Every faith group, denomination and nondenominational “church” has its own rules about who can claim authority to speak for the whole church.  In the United Methodist Church, only the General Conference, which meets every four years, has such authority—and even then, when the General Conference makes some pronouncement it may not be in tune with what many members of the whole denomination think, feel, or believe.  Thus, the church, in all its myriad forms, cannot really speak as a whole people or institution.  The Pope can make proclamations and suggest moral concerns about various social issues, but his statements do not “speak” for the whole church.

I cannot and you cannot claim to speak for the church—for the church is not one, but many.  Most of us, especially in Protestant denominations, however, have come to understand “church” and the “voice” of the “church” through the ordained clergy, the pastor, the priest, the preacher, and/or the bishop.  Still others, using the Bible as their authority, claim that book [as their leaders interpret it] to be the voice of the church.  But there is no single voice that can really speak for the whole church.  Therefore, it is erroneous to claim “the evangelical Christian vote” to be the voice or the stance of Christians or of the Christian Church.

While there may not be a single human voice which can speak for the Church, there is that One Voice that the church is supposed to hear, proclaim and follow.  It is the Voice of Love, the Voice of One who said, “Love your neighbor, love your enemy,” and so much more.

Martin Niemoller was a Lutheran pastor in Nazi Germany.  He failed, at first, to hear the Voice, and became a supporter of Adolf Hitler.  Like many of us, he listened to the toxic rhetoric of Hitler and fell into believing what Hitler said.  He made disparaging remarks about the Jews, joining the antisemitic movement of that time. But, finally, he came again to listen to that One Voice and heard and followed, opposing the nazification of the German Protestant Churches.  Eventually, he was imprisoned in concentration camps from 1937-1945.  He expressed his deep regret for failing to hear and follow the One Voice, writing: